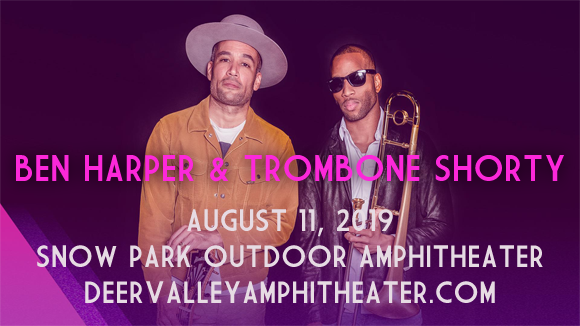 American singer-songwriter and multi-instrumentalist Ben Harper made his debut in 1994 with the album Welcome to the Cruel World. Five years later, Harper formed The Innocent Criminals as his support band for his fourth studio album, Burn to Shine. To date, Harper is a three-time Grammy Award winner and seven-time nominee, with awards for Best Pop Instrumental Performance and Best Traditional Soul Gospel Album in 2004 and Best Blues Album in 2013. He has released twelve studio albums since his debut, his mos recent being 2018's No Mercy In This Land, a joint album with electric blues harmonica player and bandleader Charlie Musselthwaite. This summer, Ben Harper and the Innocent Criminals will tour with Trombone Shorty & Orleans Avenue.