With a brand new line-up, rootsy Aussie groovemeisters John Butler Trio are coming to Snow Park Outdoor Amphitheater on Saturday 17th August 2019, supporting their seventh and most recent studio album, Home! Get ready for fun, mellow vibes and plenty of tunes to dance to as they perform trakcs from the album, plaus fan favorites and brand new material, and they'll be joined in support by St Paul and the Broken Bones!

“Butler is a road warrior. Battle-hardened, but enlightened from decades on the go. It’s this unusual ride, which gave life to the new project… On it, Butler explores new channels of sound. The LP represents a “genuine creative leap,” with flourishes of electronic and hip-hop production and another dive into his deep well of folk and blues.” – Billboard Magazine 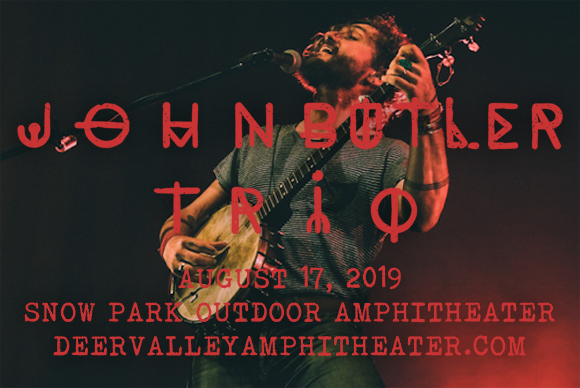 Fronted by APRA and ARIA-award-winning vocalist and guitarist John Butler, The John Butler Trio is an Australian roots/rock band that formed in Fremantle in 1998. Having experienced a number of personnel changes over the years, the trio's current line-up consists of Butler, OJ Newcomb and Terepai Richmond. John Butler Trio made its debut in 1998 with the release of their first album, simply titled John Butler. To date, the band has released four live albums and seven studio albums, with their third, fourth and fifth studio albums (Sunrise Over Sea (2004); Grand National (2007); and April Uprising (2010)) all debuting at the number one position on the Australian album charts, and all reaching platinum sales status. Their most recent album is 2018's Home.