Iconic R&B/funk hit-makers Kool and the Gang will be performing at Snow Park Outdoor Amphitheater on Friday 9th July 2021 as part of Deer Valley Music Festival which sees a series of legendary bands backed by the Utah Symphony Orchestra for several magical concerts! The most sampled band of all time, Kool and the Gang is known for its incredible arrangements, which will only be enhanced by having an array of expert instrumentalists performing alongside them! So get ready to move, groove and let loose at this very special show! 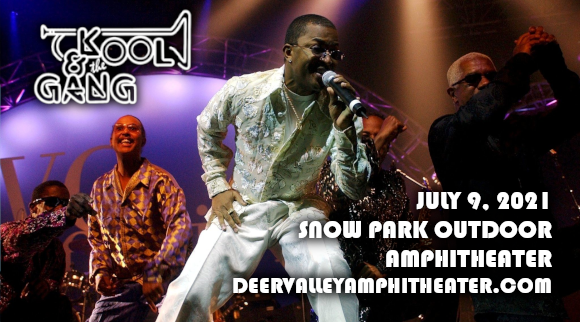 After forming in 1964 and undergoing several iterations of name and line-up, Kool and the Gang was born in 1970 in Jersey City. The band found its first taste of success with its fourth album Wild and Peaceful (1973), which launched the US top-ten singles "Jungle Boogie" and "Hollywood Swinging". After another line-up shuffle, the group enjoyed a resurgence in the late-1970s and early-1980s, releasing three hugely successful albums – Ladies' Night (1979), Celebrate! (1980), and Emergency (1984). Emergency proved to be their highest selling album, with two million copies sold in the US alone, and it produced the hit singles "Ladies' Night", the US number one "Celebration", "Get Down on It", "Joanna", and "Cherish". Over the years, the band has won many awards, including two Grammy Awards, seven American Music Awards, and, in 2006, a Music Business Association Chairman's Award for artistic achievement. In 2018, founding members and brothers Robert "Kool" Bell and Ronald Bell, and vocalist James "J.T." Taylor, were inducted into the Songwriters Hall of Fame for their work in the band.