Are you ready for a truly spectacular Grateful Dead experience, Dark Star Orchestra are coming to Snow Park Outdoor Amphitheater on Saturday, September 4th 2021. This is the only way to really experience the energy, and the sense of familiarity, it's about a feeling that grabs listeners and takes over, it's about that contagious vitality…in short, it's about the complete experience that you have been searching for in a Grateful Dead Tribute band. Buy your tickets now, on any given night, the band will perform a show based on a set list from the Grateful Dead's 30 years of extensive touring or use their back catalog to program a unique set list for the show 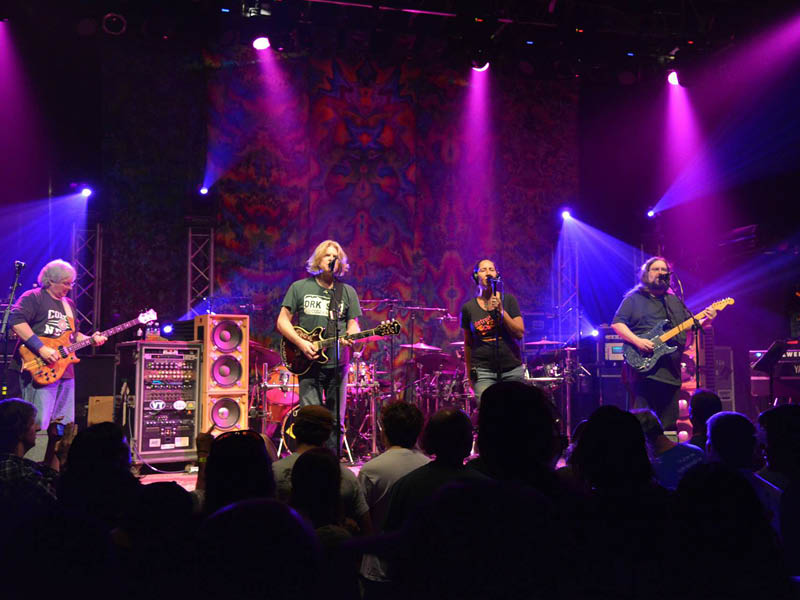 The Grateful Dead cover band from Chicago, Illinois, Dark Star Orchestra, have been celebrating the Grateful Dead concert experience since 1997. Dark Star Orchestra shows are built off the Dead's extensive catalog and the talent of these seven fine musicians, Lisa Mackey, Skip Vangelas, Rob Koritz, Dino English, Rob Eaton, Rob Barraco and Jeff Mattson, in addition to guest performances from six original Grateful Dead members Phil Lesh, Bob Weir, Bill Kreutzmann, Donna Jean Godchaux-MacKay, Vince Welnick, Tom Constanten and even toured with longtime Dead sound man, Dan Healy, other notable guest performers have included Mike Gordon and Jon Fishman of Phish, Keller Williams, Warren Haynes, Steve Kimock, Peter Rowan, Ramblin' Jack Elliot and many more. Dark Star Orchestra performs shows from among the nearly 2,500 performances of the Grateful Dead during their 30-year tenure as fathers of improvisational rock. On most, though not all of their performances, Dark Star Orchestra presents the complete original set list, song by song, and in order, while adapting their phrasing, voice arrangements and specific musical equipment for the various eras of the Grateful Dead shows in which they perform, seeking out the unique style and sound of each era while simultaneously offering their own informed improvisations, thus allowing fans both young and old to share in a truly unique Grateful Dead experience.