Get ready to experience an iconic performance at Snow Park Amphitheater this August. The legendary musical folk rockers, and activist duo, the Indigo Girls will be bringing their moving, and utterly poetic folk rock bar-band music live to Park City, Utah! The iconic, LGBT-rights activists, and musical duo – the Indigo Girls are performing at Snow Park Amphitheater on Saturday August 14th 2021, don’t miss out on your chance to experience the sensational lyrics and music! Get your tickets now! 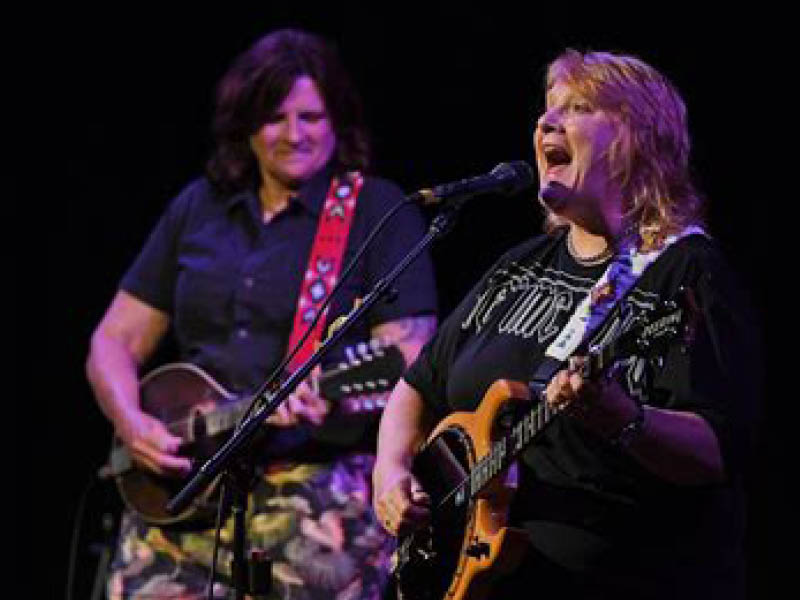 Since they began creating music together as the Indigo Girls, back in 1985, the pair have gained widespread acclaim, gained a fanbase united in their love of heartfelt, authentic and accessible lyricism, melded harmonies and catchy guitar rhythms. The Indigo Girls songs are easily sing-alongable, and their songs share their personal experiences and insights: one review notes that “I’m grateful that the Indigo Girls are still laying it all out there—there’s always a small-town kid who needs to hear it” Don’t miss your chance to sing along to their gently cascading chords, and strummed acoustic guitars! Reserve your tickets today for a truly once-in-a-lifetime show!

Indigo Girls were formed out of a childhood friendship between Amy Ray and Emily Saliers, and have been performing together since they were high school students in Georgia. In 1985 they began performing together as the Indigo Girls and released their first album in 1987. Since then they have released over 16 albums and made an impact on thousands of young teens and adults lives. The Indigo Girls have always been politically active, championing causes, holding concerts for a wide range of causes, including LGBTQ+ rights, the environment, and more! Their music has been vital in the lives of many, by shining a spotlight on the experiences of those outside of the mainstream heteronormative discourse.

Don’t miss your chance to experience these two legends in person! Indigo Girls are performing live at Snow Park this August. Reserve your place now!