The American soul singer, Nathaniel Rateliff, and his band, The Night Sweats, are taking you on a soulful ride of live music at Snow Park Outdoor Amphitheater on Friday, 20th August 2021. After Rateliff's most recent solo record, "And It's Still Alright", he's back with the band to perform fan favorites such as "I Need Never Get Old", "A Little Honey", "Babe I know" and the hit "S.O.B.". Rateliff and The Night Sweats call you to take part in this night of rock and soul as they perform live on stage. Book your tickets now! 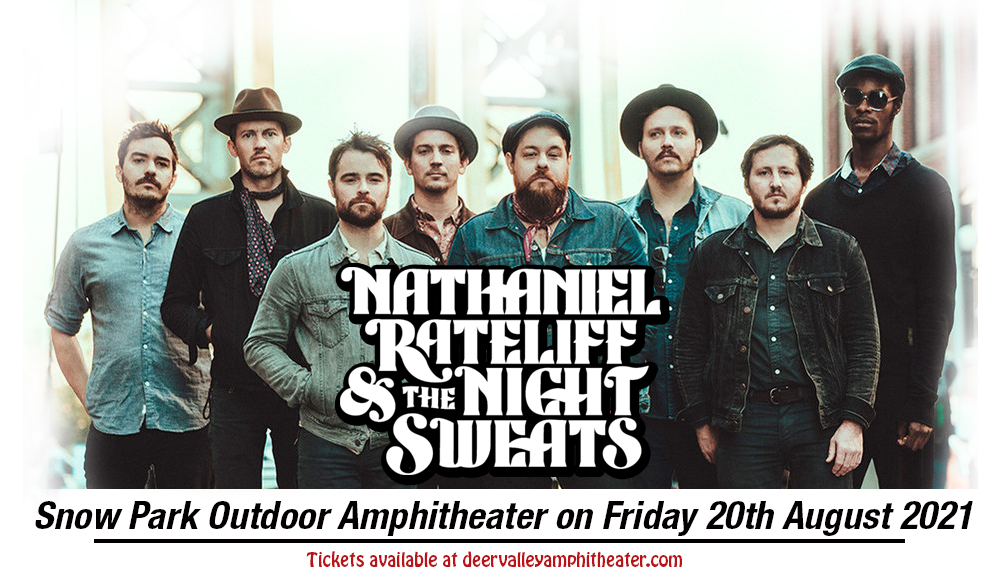 Rateliff started out in Denver with early music projects from 2002 and had attracted the Denver music scene, with The New York Times recognized him as a local folk-pop hero from Denver. Since then, he has opened for and performed with the likes of The Fray, Bon Iver, Mumford & Sons, The Lumineers, and much more.

Expect these talented and dedicated musicians to give their all on stage, taking you on a musical journey with their heartfelt and compelling live arrangements of your favorite tracks.

A flair of soul, a touch of rock, and a hint of blues, Nathaniel Rateliff and The Night Sweats are back to hit the stage bringing you a night of live heartfelt soul-filled music. Book your tickets now!